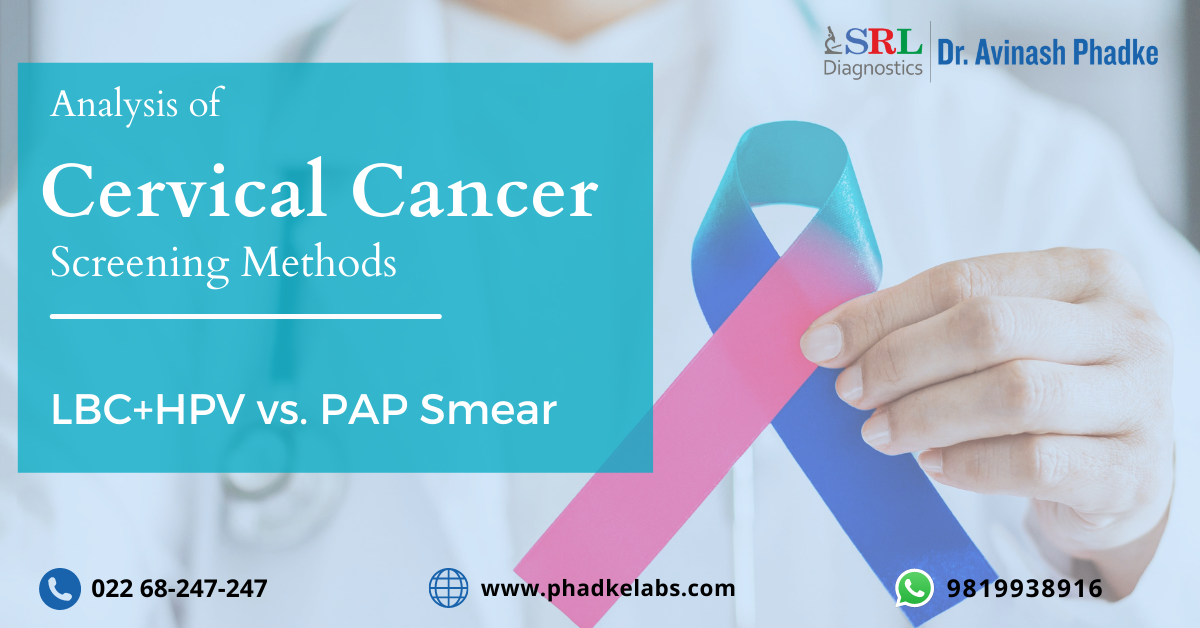 The Centers for Disease Control and Prevention (CDC) and American Cancer Society (ACS) recommend that women receive one of two options for testing for cervical cancer: PAP smear or Liquid Based Cytology (LBC) and HPV (Human Papilloma Virus) testing. However, the two testing methods have many similarities and differences. This blog will discuss the similarities and differences between the PAP smear test versus the HPV test.

Pap smears are one of the most widely used tests to screen for cervical cancer. It was not very long ago that the Pap smear was introduced for use in the detection of cervical cancer and precancerous lesions. However, with the introduction of HPV testing, the Pap smear has become more of a secondary test for women with negative HPV test results.

Pap smears are still widely used and accepted as an effective means of screening for cervical cancer because it is a relatively cheap and simple test to administer. However, it is not without its disadvantages. One of the biggest issues with the Pap smear is that it has a high false-positive rate, making it difficult for doctors to determine whether or not a woman really does have cervical cancer.

How does the HPV test work?

The HPV test is a test to detect the Human Papillomavirus or HPV. It's a DNA-based test, rather than a smear test. The Pap smear is a test used by gynecologists to check for cervical cancer. The test is carried out by taking a sample of cells from the cervix and then examining them under a microscope. The HPV test is done by taking a sample of cells and then sending it to a laboratory for analysis. The cells are then tested for the presence of the HPV virus.

What is the Liquid Based Cytology (LBC) test exactly?

Liquid-based cytology (LBC) is a cervical cancer screening technique that inspects cells by dissolving them in liquid. This method is less invasive than the conventional Pap smear test. The LBC test is also known as ThinPrep. It was approved by the FDA in 2000 and is now considered the primary screening tool for cervical cancer.

The LBC test is used to detect high-risk HPV and low-grade cervical changes. This test is more accurate and less invasive than the conventional Pap smear test. It is also less likely to produce false positives. However, it can only be used for the screening of cervical cancer.

The conventional Pap smear test, on the other hand, can only detect cervical cancer. It can’t detect HPV or any low-grade cervical changes. Therefore, the LBC sample is ideally to be sent for HPV testing as well.

A woman can either do PAP + HPV OR LBC + HPV testing OR Only HPV Testing to screen for Cervical Cancer.

Advantages of LBC with HPV testing over PAP testing

Beat Cervical Cancer Before it Beats you

Cervical cancer is the second most common cancer among Indian women. The name was updated a few years ago to include & recognize the care that needs to be given to women diagno...

Angelina Jolie Pitt had double mastectomy aimed at preventing the development of breast cancer & also  announced in a recent New York Times column that she ...

There are different treatment options for breast cancer which includes Surgery, Chemotherapy, radiotherapy and hormonal treatment. But a number of times, combination of treatments ...