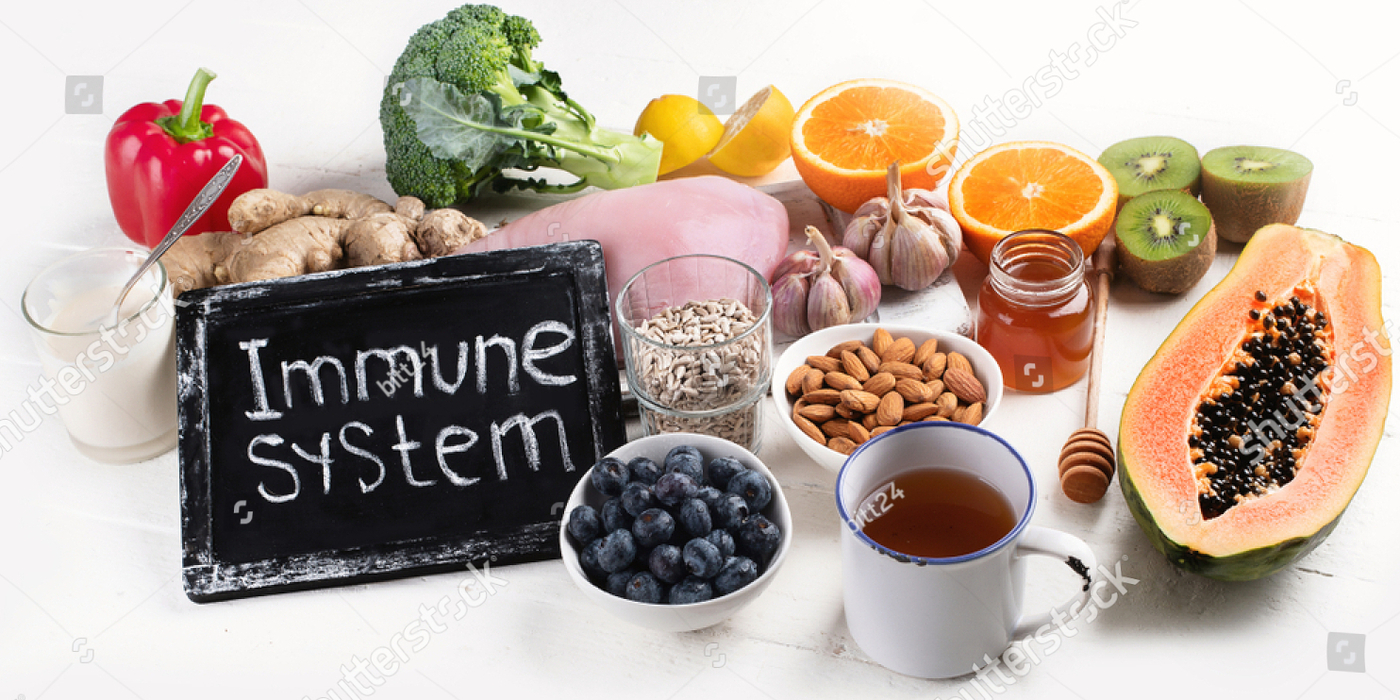 Probiotics, or the "live active cultures" found in yogurt, are healthy bacteria that keep the gut and intestinal tract free of disease-causing germs.

These grains contain beta-glucan, a type of fiber with antimicrobial and antioxidant capabilities more potent than echinacea, reports a Norwegian study. in humans, it boosts immunity, speeds wound healing and may help antibiotics work better.

This potent onion relative contains the active ingredient allicin, which fights infection and bacteria. British researchers gave 146 people either a placebo or a garlic extract for 12 weeks; the garlic takers were two-thirds less likely to catch a cold. Other studies suggest that garlic lovers who chow more than six cloves a week have a 30% lower rate of colorectal cancer and a 50% lower rate of stomach cancer.

Selenium, plentiful in shellfish such as oysters, lobsters, crabs, and clams, helps white blood cells produce cytokines—proteins that help clear flu viruses out of the body. Salmon, mackerel, and herring are rich in omega-3 fats, which reduce inflammation, increasing airflow and protecting the lungs from colds and respiratory infections.

The amino acid cysteine, released from chicken during cooking, chemically resembles the bronchitis drug acetylcysteine, which may explain the results. The soup's salty broth keeps mucus thin the same way cough medicines do. Added spices, such as garlic and onions, can increase soup's immune-boosting power.

The amino acid that's responsible for this immune boost, L-theanine, is abundant in both black and green tea

You may not think of skin as part of your immune system. But this crucial organ, covering an impressive 16 square feet, serves as a first-line fortress against bacteria, viruses, and other undesirables. To stay strong and healthy, your skin needs vitamin A. "Vitamin A plays a major role in the production of connective tissue, a key component of skin," explains  Prevention advisor David Katz, MD, director of the Yale-Griffin Prevention Research Center in Derby, CT. One of the best ways to get vitamin A into your diet is from foods containing beta-carotene (like sweet potatoes), which your body turns into vitamin A.

Studies show that mushrooms increase the production and activity of white blood cells, making them more aggressive. This is a good thing when youhave an infection," says Douglas Schar, DipPhyt, MCPP, MNIMH, director of the Institute of Herbal Medicine in Washington, DC.