Preventive measures and a complete overview of Anemia 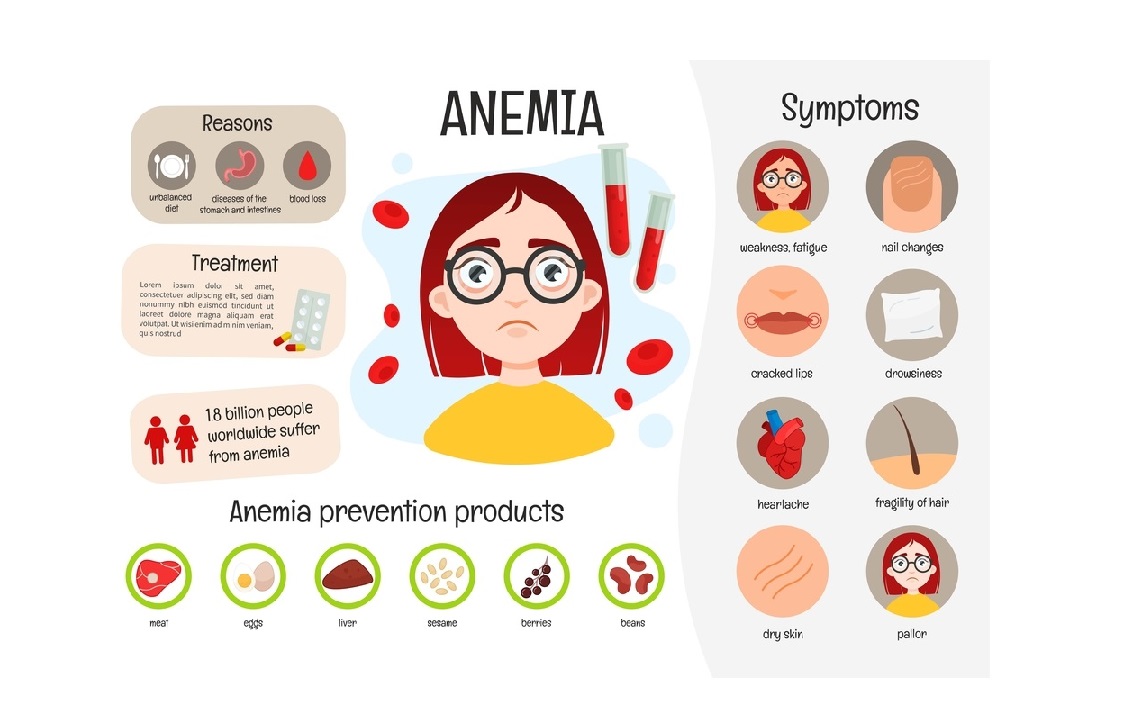 Anemia is a condition where the amount of red blood cells and hemoglobin is below normal. Normal levels of hemoglobin for men and women differ, but the specific laboratory references used may tell the exact value. The reference ranges for hemoglobin are 3.5 to 17.5 grams (g) of hemoglobin per deciliter (dL) of blood for men and 12.0 to 15.5 g/dL for women.

Any process in the body that affects red blood cells negatively can cause this condition. Red blood cells typically survive for 120 days. They are made in the bone marrow, and hence, anemia can occur as a result of:

What are the complications associated with anemia?

Hemoglobin delivers oxygen to all parts of our body for consumption and carries carbon dioxide back to exhale it out of our bodies. If hemoglobin levels are very low, it may lead to hypoxia or very low oxygen levels in the body, which can lead to a lot of complications.

Sometimes, anemia doesn’t result in symptoms. But most commonly seen ones include:

If anemia is slowly progressing, the body may get used to low oxygen levels and symptoms may not be felt. But if acute, then symptoms may be felt pretty quickly.

The presence of anemia is told usually using a CBC test or a complete blood count test. This is often ordered as part of any regular health checkup by a physician. Abnormalities with the blood can easily suggest anemia diagnosis or other issues with blood.

What is a complete blood cell (CBC) count?

Six component measurements are taken in this test:

The first three readings are the most useful to detect anemia.

The different kinds of anemia that can be caused by the body warrant different treatment: